There is but one truly serious philosophical problem and that is suicide.

If you’re an antinatalist, you should kill yourself.

If you think most of contemporary academic philosophy is trivial, obscure semantics, here’s a scholar who doesn’t shy away from the Big Questions — David Benatar argues in his book Better Never to Have Been:

Benatar was profiled by the New Yorker and appeared on Sam Harris’ podcast. Anecdotally, antinatalist sentiments are on the rise, but if you look closer none of the arguments hold water.

I’ll try to steelman Benatar’s Asymmetry argument but the mental gymnastics he performs is almost as convoluted as Rawls’.

First, procreational duties: we have a duty to avoid bringing miserable people into existence, but no duty to bring happy people into existence. To me, this asymmetry fails because the intuition that most duties regard non-maleficence more than beneficence applies to existing people. The real asymmetry is the default of not having kids (no cost) versus pregnancy and raising the kid (high cost). If bringing into existence people with good lives was as easy as pressing a button (or very cheap artificial wombs), it would even be our duty of beneficence to do so. Benatar considers this rebuttal, and does not explain why the interest of a future person grounds a reason to avoid their potential suffering but not a reason to give them a life, and only hand waves in the direction of the next asymmetry.

Fourth, distant suffering and absent happy people: we are sad for distant people who suffer, but not for absent happy people on uninhabited planets or islands. This asymmetry fails because it is once again comparing an actuality with a potentiality.

Negative utilitarianism (NU) isn’t strictly necessary for the antinatalist argument, but antinatalists sure like to sneak it in by implication. For example, as Benatar presented to Sam Harris: would you be willing to have children who will lead hard lives if that will ensure a bright future for countless descendants after that? The implicit assumption is that an act is morally right if and only if it leads to less suffering.

The different flavours of NU include:

Absolute negative utilitarians are completely indifferent to happiness, so they would say a world devoid of happiness would just be as good as a utopia, which is absurd. 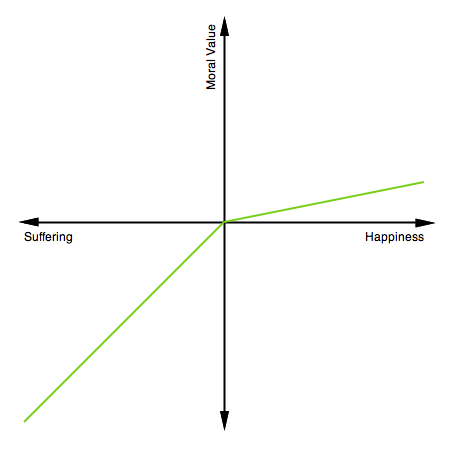 But what is the horizontal scale supposed to represent? Negative utilitarians cannot put moral good/bad on the scale as that would be assuming a unit of happiness and suffering are equal just like classical utilitarians. They can only put “how much it contributes to an individual’s wellbeing” on the scale, which brings us to why all forms of NU are incoherent: suppose your friend pays 5 wellbeing units of suffering at the gym to gain 10 wellbeing units of happiness, weak NU says this tradeoff is immoral and you are obligated to stop your friends from going to the gym, which is absurd.

In practice, most people with NU intuitions agree that both suffering and happiness both count more or less the same:

Strong practical NU basically says that life sucks. I won’t argue against the weak practical form as I think it is reasonable and would be supported by almost all classical utilitarians.

In Every Cradle is a Grave, Sarah Perry identifies two approaches to the empirical question of whether the good parts of life outweigh the bad: preferentist (people’s preferences are good evidence for what is actually good for them) and non-preferentist.

Non-preferentists like Benatar argues that we are bad at evaluating our true quality of life, so in fact life is net negative if we can correct our biases which include:

Even granting Benatar’s argument, an empirical assessment of his claims is unnecessary as these “biases” don’t invalidate our judgement; it would be like considering all perception to be wrong because optical illusions exist. Say his argument should reduce our intuition that life is worth living from 90% to 70%, the burden of proof is still up to Benatar, and he fails to make the non-preferentist case that life is not worth living. 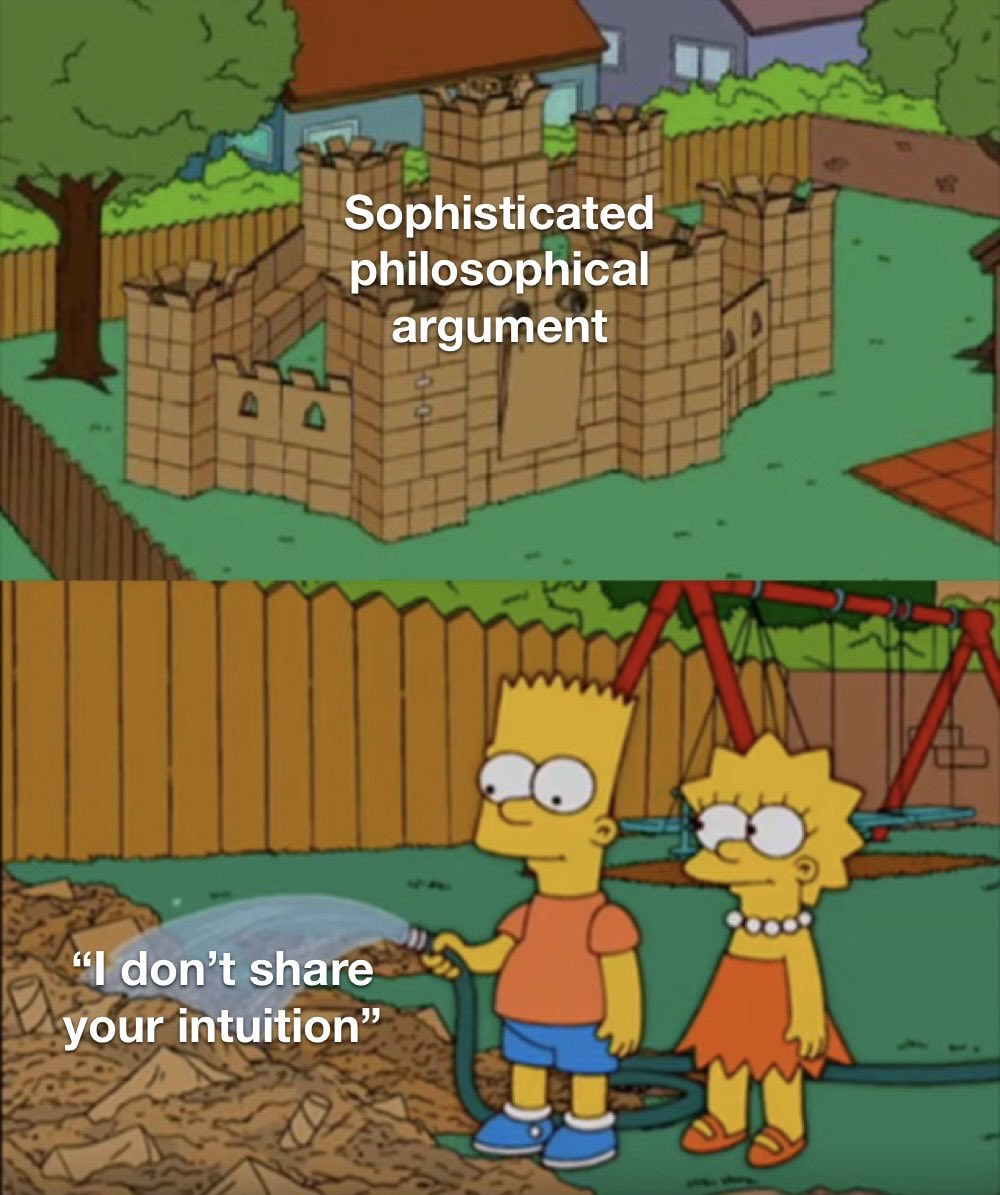 The preferentist approach is more reliable — it is very hard to judge another person’s wellbeing, and the best judge is themselves. Fellow antinatalist David Pearce supports a version of lexical threshold NU because of his sense of horror at Auschwitz. However, even people in such unfathomable extremes of suffering like Viktor Frankl believed that life was worth living.

Perry argues that the “extreme uncertainty” in predicting whether a given life would be good or not should counsel against reproduction, but in practice, every typical childless couple rely on such predictions. Perhaps they know they will be bad parents, or they are in extreme poverty, or they have Huntington’s (if either parent has two disease alleles, the risk is 100%), or they know they will die before their child reaches adulthood (due to old age or cancer). I suspect most childless couples would not think other couples who decide to bear children to be unethical. In any case, Perry relies on an incoherent strong precautionary principle that falls short of the core antinatalist assertion that no life is worth living.

To Be Or Not To Be, That Is The Question

Benatar says we shouldn’t commit suicide because it would harm our bereaved friends and family. Well, I say he should form a suicide pact with his loved ones (he has no children of his own). Surely at some point the total suffering prevented would outweigh the suffering experienced by his third cousin twice-removed who doesn’t care about the members of the pact at all.

Taking seriously the position that life is not worth living should lead one to a philosophy of extinctionism – the stance that it would be pretty great if all humans died in their sleep tonight. Benatar tries to wriggle out of it but I say he should just bite the bullet.

Yet much worse still is the man who says it is good not to be born, but “once born make haste to pass the gates of Death.” [Theognis, 427]

For if he says this from conviction why does he not pass away out of life? For it is open to him to do so, if he had firmly made up his mind to this. But if he speaks in jest, his words are idle among men who cannot receive them.

I grant that the fear of death is not the love of life, but to assert that no life is worth living is just absurd.